Can Hydrogen Injection save the diesel engine?

Read Blog dated 18th June  2017 for –   The greatest automotive story this century has been the “Dieselgate” conspiracy. Not only has it brought down the established regime at VW, but it’s shaken the very foundation of diesel powered transportation.

1-This investigation establishes that hydrogen can be utilized in compression ignition engines operating them on dual-fuel principle.

3-This operation results in lower exhaust gas temperatures leading to longer live of components such as exhaust valves.

4-Increasing hydrogen volumetric fractions accompanied with injection timing retarding, due to increasing in the flame velocity till the air is completely utilized. Further increase in HVF causes knock to appear, and OIT must be retarded sharply, which reduce the bp resulted from engine.

5-Knocking in the engine limits the proportion of energy input that can be supplied through hydrogen. The occurrence of knock in this type of hydrogen addition operation may be due to hydrogen rapid rate of pressure rise or flaming particle that is left behind due to bad engine scavenging.

RESOURCES & Information hydrogen kits – Below are a number of images to show you a little more about Hydrogen Fuel Systems / Hydrogen generator Kits and the different models we have as well as some installation instructions.    These systems are mounted in plastic , steel of checker-plate aluminium enclosure boxes. Just click on the image you wish to view in an enlarged format. 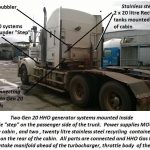 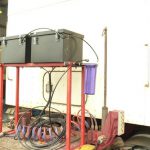 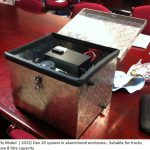 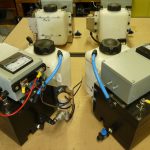 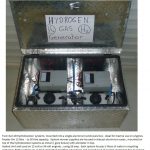 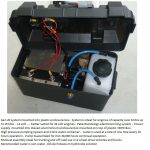 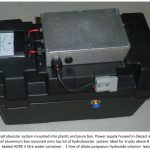 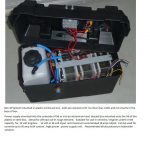 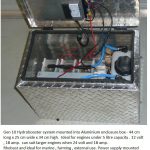 gen-20-twin-and-single-Magnetism: An unexpected push for the hydrogen economy 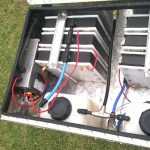 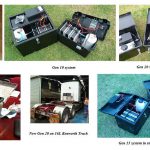 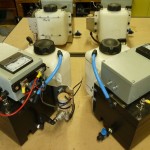 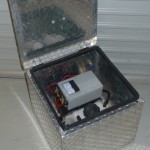 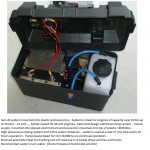 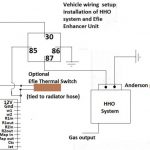 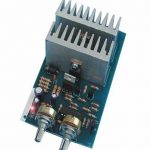 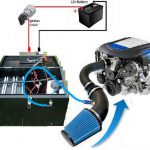 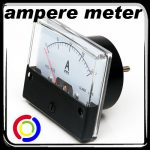 2. Available HFS system to suit your vehicle -click link below

How do they rate, and What should I Buy? Click here for more about HHO Generators

6b.  Learn more about why you should use Hydrogen Fuel Systems HHO Generator

Here are some more documents to learn more about HHO. How Much HHO?   HHO Short Cuts

1.  The Truth About Mileage Gains

3.  How To Gain Success From Your HHO System Part One – narrow or wide band oxygen sensor vehicles

9.  HHO and your Carburettor Vehicle

Learn about Sensor Effects and Percentages

21   Servicing the Hydrogen-booster systems as used by Hydrogenfuelsystems pty ltd on cars , trucks , generators and boats

22.   Selection of electrolyte  for hydrogen production

IN the generation of Hydrogen gas as used by many experimenters , commonly an alkali solution of sodium  hydroxide  or better still a dilute solution of potassium hydroxide is used to increase the hydrogen gas production

That does not mean that you must make a very strong alkali solution as alkali solutions are very toxic and have other problems concerning maintenance of strong seals to prevent gas and electrolyte loss.

I have even heard the suggestion of using ammonia or ammonium hydroxide  ( a weak alkali) solutions to increase  the gas   as ammonium has a very high mole ration of Hydrogen per molecule of ammonia (NH4) compared to water (H2O).

Once again people don’t seem to understand that the generation of hydrogen is not  from the hydrogen ions , but rather from the Hydroxide ions (OH) .  Initially Ammonium hydroxide  releases the hydroxide ions for hydrogen gas production and releases ammonium ions into the solution which then further hydrolyze to release a low concentration of hydrogen ions that can lead to corrosion .  The general rule is the salt of a weak alkali when hydrolysed produces a weak acid , while the salt of a weak acid( such as  acetate from acetic acid) will produce a weak base.

SO as you can see the selection of the alkali to use in an electrolysis reaction is essential to stop corrosion.  Do not mix electrolytes unless you know exactly what your expect to happen .  Don’t Just Guess … Guessing can destroy electrodes.

Don’t use ammonia solutions and above all avoid acids.

NO NO NO…. chlorine  from salt water and fluorine from tap water will not generate Hydrogen ions in solution , but will provide an alternative oxidation pathway for the corrosion of electrodes  even when the concentration of Hydrogen ion concentration in the solution is low.  Pure distilled water must always be used for electrolysis. That means you cant use rain water from a sea side location,  You cant use rainwater  that has been collected off your old rusty or dirty metal  / tilled roof.   You cant use deionized water of filtered water.    USE distilled water mixed with potassium hydroxide to  produce a dilute alkali solution.